What should you do with old medicine?

Dorothy Horn > Research > Updates > What should you do with old medicine? 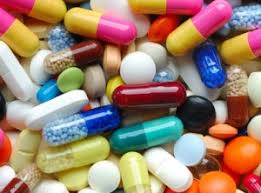 Have you been cleaning out your spaces around the house a lot lately? I have as a distraction from staring at my computer during COVID times. I found old medicines, some over the counter and others that had been prescribed.  I knew as a marine ecologist not to flush them down the drain but wasn’t sure what was safe.  So I googled it….holy cow there is a lot of convoluted information out there.  So an awesome friend of mine Amy Ehrhart and I decided to go survey some folks around Portland, Oregon (where we are both PhD students) to see what everyone else was doing with their left over pharmaceuticals.  We found that most people weren’t sure what to do either! So it wasn’t just me that was confused. Some places around town have these cool drug drop boxes, but they aren’t everywhere.  Some people had no idea what we were talking about and some folks had been told to dump them in the toilet! Oh no, that means all of those pharmacueticals were going to the rivers and oceans.  We decided to write up what we found in a publication format so that other scientists could check it out as well as bring some attention to the problem. We hoped that between what we learned and what the community learned, we can do a better job keeping our drugs un the right place when we are done with them.

Here is the publication

Please email me if you would like a pdf of the publication or you have any questions.